What is the NPPF?

The National Planning Policy Framework (NPPF) consolidates all policy statements, circulars and guidance documents into a single, simpler document reducing the overall size of more than a thousand pages to around fifty. It is the backbone of the entire planning system.

It was originally published by the UK’s Department of Communities and Local Government in March 2012, consolidating over two dozen previously issued documents called Planning Policy Statements (PPS) and Planning Policy Guidance Notes (PPG) for use in England.

A revised NPPF was published by the UK Government’s Ministry of Housing, Communities and Local Government on 24 July 2018. This is the first revision of the National Planning Policy Framework since 2012. It implements around 85 reforms announced previously through the Housing White Paper, the planning for the right homes in the right places consultation and the draft revised National Planning Policy Framework consultation. 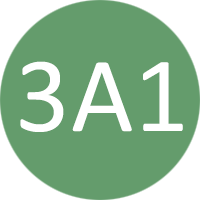 What is a Lawful Development Certificate?

What is the TPO legal framework?

What is the decision-making process for applications for consent under a TPO?

We use cookies to ensure that we give you the best experience on our website. If you continue to use this site we will assume that you are happy with it.OkNoPrivacy policy